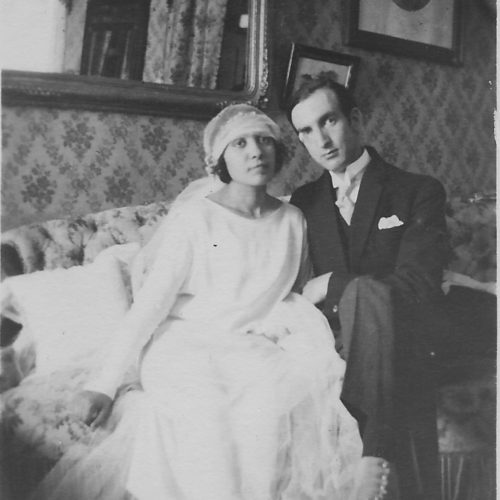 « She was a sad faced lady that hid a wonderful sense of humor. When she set herself loose of the restrictions of early 20th century southern Portuguese society she could laugh out loud and share her life stories. She was born in 1895 and died in 1990 and reached hers and her husband’s 60 year wedding anniversary. Amazing! She would invite me, her grandson aged 9 at the time, to the kitchen and tell me with a secret whisper that we would be cooking “Raivas”. This was a family recipe handed down by her grandmother that lived in the early 19th century. She would ask the maid to light-up the wood oven while the recipe was being prepared. She would show me, an attentive listener, that the 125g of home-made butter should be at room temperature, should be well mixed with the same amount of granulated sugar until grains could not be spotted. Immediately add a free range medium size fresh egg and stir with a wooden spoon until completely mixed. Finally the flower, 250g. Just finish needing with her hands to an almost hard dough. To prepare the cookies she would roll small cylinders one inch long and one inch thick. Just after setting the small cylinders on a greased cooking pan, she would let me use a fork to press down and give each cookie its characteristic grooved design and flat shape. She would say…. “Just do a double recipe amount. A single recipe will not last long.” A few minutes later out of the oven would pop golden brown cookies that made the delight of everyone. Enjoy! » – João Luís