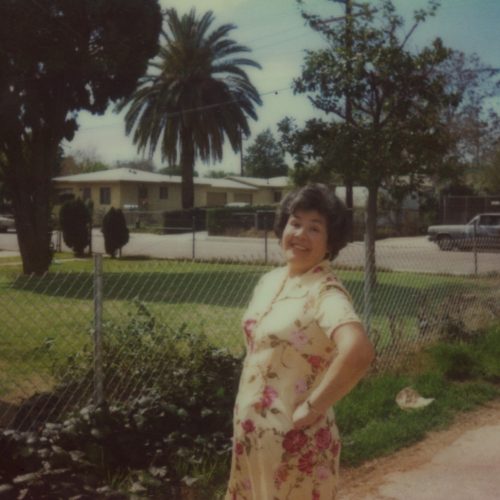 “My Grandmother was born in 1930 in Juchipila, Zacatecas, Mexico. She was married by age 20 and moved to California where she raised six children. Her and my Grandfather opened a restaurant in Northern California, “La Zacatecan” where she perfected her recipes but was known for her Huevos Rancheros. This recipe is a family favorite which she loved to make for the Familia on Sunday mornings. With an endless line of hungry kids, grandkids, friends and neighbors showing up for her famous breakfast, she always served a consistent tasting meal while never following a written recipe! As she grew older, her eyesight worsened. One weekend, I took advantage of her condition and secretly videotaped her making breakfast. This is what I ascertained from the video and her eyeballing the measurements. I still watch the video every so often just to take me back to when I was younger and was able to hang with her. She passed in 2009 and the family thought the recipe had gone with her. I recently invited my Father (her Son) over for Father’s Day breakfast where I surprised him with her Huevos Rancheros. He was beside himself as soon as he walked in the door and could smell the familiar dish. I showed him the video as well and It was the best Father’s Day he & I have ever had.”