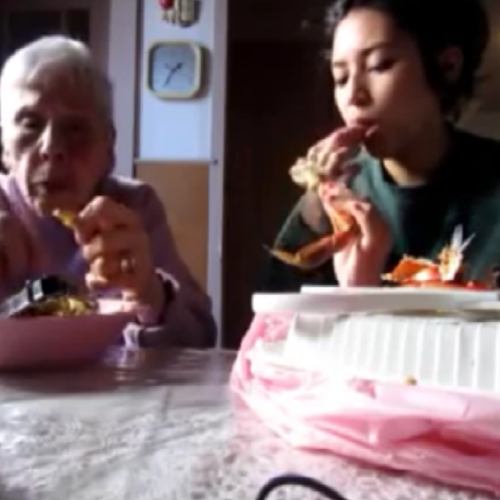 “Grandma and grandpa raised us. We spent every summer in their house. Fifteen of us altogether, we ate all their food and swallowed all their culture. Then we grew up and we left. Became American. In 2011, grandpa died. We came back, lived in the house, helped grandma and helped each other. And then we left again. In 2012, the house was empty. Grandma called us to talk, laughed with us, asked us to come and visit. I think that she was lonely. On the day I actually came, grandma was upset that she hadn’t planned for my visit. Then she remembered that a friend had brought her a big bag of crab a few days before. Grandma asked me if I wanted to learn to make it. Then the two of us made this film. Buhay alamang – The life of a shrimp. ‘Just like us, honey. They want to make babies. They want to have husbands.’ Grandma taught me that family is the greatest joy in life.” – Gabrielle